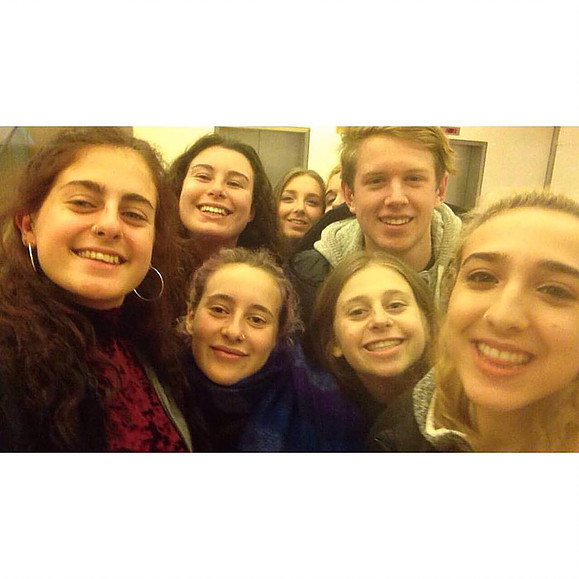 This week was officially week 1 of the official Machon weekly class tochnit (schedule). The following is said to have occurred.

/Leadership Class: we decided upon the class environment and later revised a formula for learning from case studies of our past leadership mistakes.

/Hebrew Class: we learned about travel or the aleph bet.

/Zionism and Israeli Society: We examined the histories of our own personal Zionism and discussed when Zionism really began

/Some of us had the eye opening experience of attending or standing vigilant at the Women of the Wall Rosh Chodesh service at the Kotel Ha’Ma’aravi, which can be read about in the below articles.

/Jewish studies: As well as evaluating our experiences at the Women of the Wall, we the learned about the history of Judaism and discussed our opinions of the relative importance of significant events, or considered demographics of Jewish denominations and the effects of the societies of each denomination on growth and decline rates of their populations.

/Yom Tnua: We ditched Hebrew Class to drive with Etgar up to the Michve Alon training base in the Galilee to see Sharon (alumna of Shnat Ma’ayan) graduate basic training. Unfortunately, we missed it. The ceremony. Its entirety. Sharon gave us a short tour of the base after we enquired at length about making Aliyah and doing national service. I look forward to learning more of her experiences later on her journey.

/Global Studies: We considered the merits of being a global citizen and reflected on global issues affecting our generation, or pondered what exactly gender is and explored the experiences a transgender Hasidic woman, or worked on reigniting our own creativity.

/Yom Yisrael: We went on a tour of the City of David, exploring and learning the history of its subterranean tunnels. Following this we investigated the archaeology and architecture of the south western sections of the temple walls. The day was capped off by a visit to the Kotel.

/Netzer Track: We spent the day with just our Machon mandem. In the morning we studied an excerpt by Amos Oz on the Talmud’s Baba Mezi’a 59b, as well as the The Jews by Yehuda Amochai, and a letter to the Christian prince of Braunschweigwolfenbuettel from Moses Mendelssohn defending his Jewish faith. In the afternoon we explored our Judaism with the charismatic Rabbi Michael Kline-katz; Rabbi by day, Medical Clown also by day. Who taught us with enrapturing Talmudic stories and educated us on the history of reform Judaism.

/Oscars® in the evening: Recording our own short films in a variety of genres, we dressed up in grand attire for the big night.