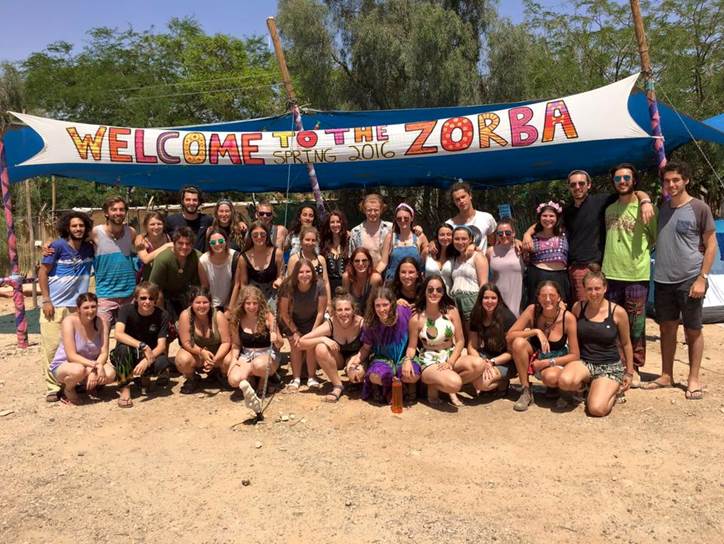 We have had a great week here on shnat!
When we last checked in, we were  halfway through our chofesh. The majority of us were either at zorba (the festival of Buddha), with family, or having some much appreciated leisure time. Then, on Saturday we came back together, sharing stories and prepared for our classes.

Sunday was a classic etgar day filled with much learning in our amazing classes Gender & Us, Tikkun Olam (global and local action) and Hebrew! On Monday we finished writing our peulot on different aspects of the Israeli- Arab conflict after the conflict seminar a couple of weeks ago. On Tuesday we got into chevruta and learnt together about different topics that each group had chosen. We will be in these groups for the rest of Etgar and will write a program on what we have learnt and run it for the rest of the group by the end of Etgar. On Wednesday we had classes as well as an incredibly interesting session on Reform Halacha which was eye opening and opened up a bunch of new questions about Reform Judaism! We then went to a Yom hashoa service at kol haneshema.

Today (Thursday) was Yom hashoa and in commemoration of that, we went on a tour of the holocaust memorial museum, Yad Vashem. This was an intense, emotional and informative experience and we intend go back there again to experience it individually.

Daniel and Bec signing off!!

On the 26th-30th the majority of our group went to a Buddhist festival called Zorba in the desert Ashram, and it involved things such as meditation, yoga, sweat lodges, rebirthings, and other crazy once in a life time experiences.

In a rebirthing you basically force yourself to hyperventilate through continually breathing through your nose at a fast pace. This went on for two and a half hours although it felt like seven minutes. During this process I felt very weird emotions and experienced a weird sensation, I felt like I was paralysed and could only move my neck, which was a very frightening thing to go through, but after I regained feeling to my limbs I felt very calm and relaxed. And in the few days after I felt very rejuvenated which was a great feeling going back into routine.

During the nights at Zorba there were various different performances that we all went to. One night there was a performance of 2 people playing trance music through didgeridoos – this was a very cool thing to experience and it will be something that I remember for many years.

After Zorba finished we went back to machon and started our preparation to go back to classes and our normal routine, but the end half of the week was preparation for Yom ha’shoa, which is today. We just got back from experiencing the siren that stops all of Israel and allows everyone to have a minute of silent reflection for the people lost in the holocaust. This experience was very moving and it was a time that allowed me to think about my family and all the stories that I have heard from survivors.