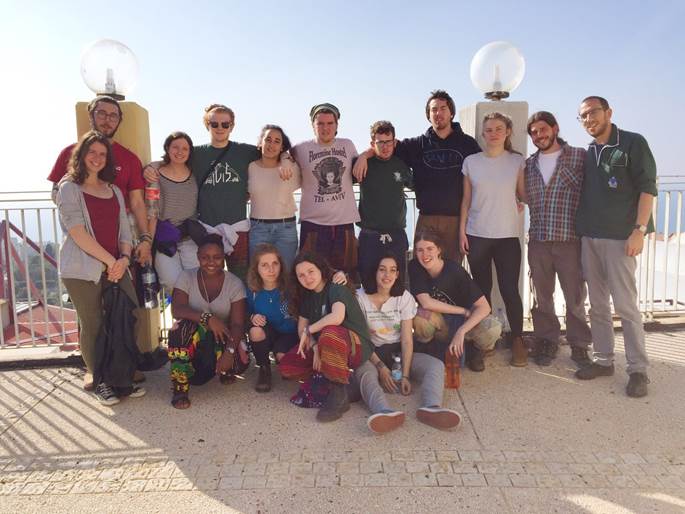 On Friday night, 9 machonikim went for dinner at various orthodox families. Each of them respectively had varying experiences. This was quite a contrast to how we traditionally celebrate our Shabbat but was a wonderful experience nonetheless.

On Saturday night, we brought in the third week of Machon by schmoozing with three hundred rabbis at a havdallah ceremony. This was sufficiently awkward for us all but it was great to interact with rabbis from around the world and indirectly promote Netzer.

On Sunday night a few machonikim went to the peace team barbecue, with an Australian rules football team known as the ‘Jerusalem peace team Lions’, which aims to bring Israelis and Palestinians together through the means of sport. This was a nostalgic moment for the Australians, suddenly in such a place of familiarity, but this was complemented by discussions on peace, which gave it an Israeli flavour.

Shani Ben Or kicked off yom tnua on Monday, encouraging us to create new tunes to our songs, fostering our creative expression in prayer. (Get excited for new tunes to be introduced to Netzer!). We had a classic holy bagel dinner which has become our yom tnua tradition, which is undeniably better than Machon food.

On Tuesday, we had yom yisrael and went to Har Herzl. This was an eye-opening experience for many of us, and was quite weird for us to be so physically connected to those who created the state of Israel. It was interesting how idolised they were, which felt propaganda-ish, but this shouldn’t invalidate how cool the experience was and how much we learnt about the historical icons of Israel. We then splurged at Machane yehuda, buying lollies and fruit to save us from the food at Machon. All in all, it has been a positive week at Machon.