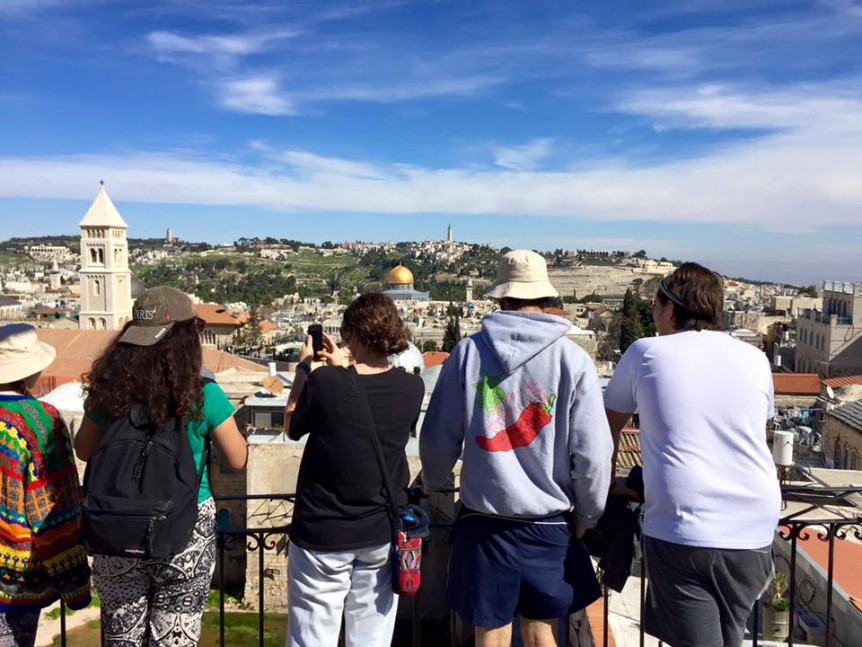 Another week on machon has flown by obscenely fast (time just doesn’t make sense on shnat) and it’s been packed full of fascinating and exciting adventures, as per. The education we’re receiving here really is top notch, and mental exhaustion is something we’re having to learn to live with since not a day goes by when we don’t question everything we’ve ever learnt about Judaism, Zionism and the world. Here are some highlights from the week…

Thursday: Etgar came to play!! We were visited by our lovely friends from across town, coming to see our new home for the first time as a group

Friday: We attended an incredibly powerful kabbalat shabbat service led by our favourite Jerusalem-based group/band/squad- Nava Tehila, which was unlike anything any of us had ever experienced before. They host these services once a month so doubtless we’ll be back there v soon. The night culminated with everyone going out to celebrate Tommy’s birthday – mamash kef.

Saturday: Everyone chilled and did their own thing, having some well deserved time to rest and recharge following the busy week. A few of us took the opportunity to experience a Shabbat lunch with a progressive Jewish family in Jerusalem called the Chinns. The parents were very involved in RSY Netzer way back when, and the father is also a graduate of machon!

Monday: Movement day on Monday involved another visit from Etgar. We spent the day learning about all of the other movements on machon (Betar, Hineni, Hashomer Hatzair and Habonim Dror), ending in a panel debate between our movements’ madrichim.

Tuesday: We had a really interesting tiyul day in which we first went to the Knesset and heard from an MK from the Likud party, then went to the Supreme Court, and finally to Belz Great Synagogue (an ultra-orthodox shul in Jerusalem which is the biggest synagogue in the world!) and learnt about ultra-orthodoxy from a chasidic man, with some rather controversial views.

All in all its been a hectic but fantastic week on machon, and we’re all excited for what’s in store next!