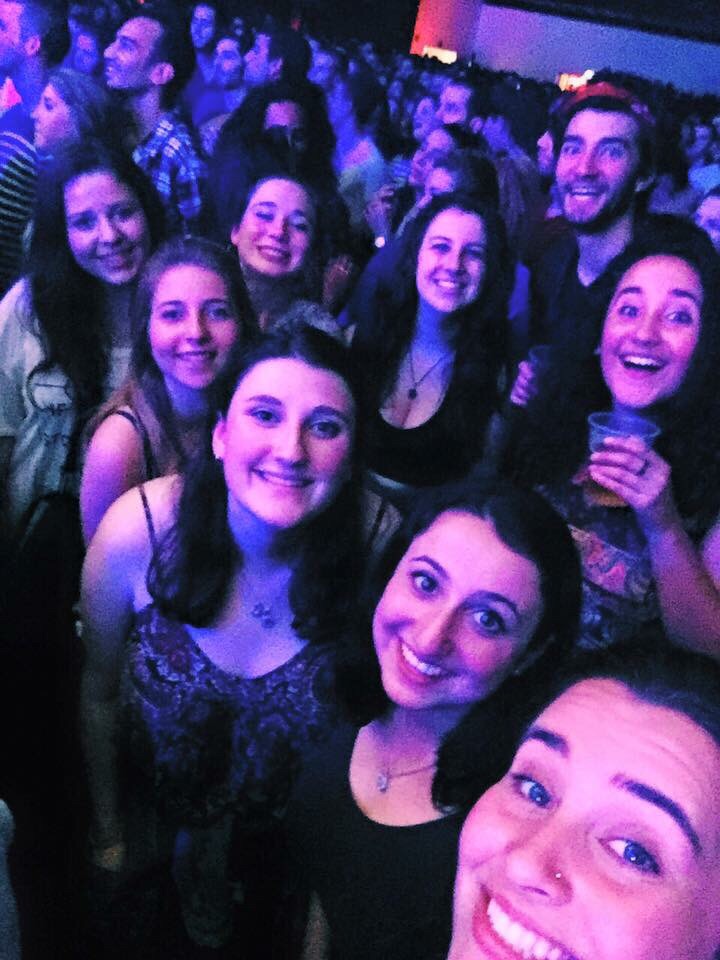 Shalom to or family, friends and general admirers from all over the world,

It’s been another busy week for Shnat Ma’ayan here in the North of Israel. Wednesday night saw the kvutsah travel to potentially the most exciting place in Karmiel, the retail park ‘Big’; think restaurants and shops galore! Here we dined at Art de Coco with huge salads, pasta dives and desserts much bigger than anyone could have anticipated. For Thursday’s tiyul, we visited two neighbouring villages; Druze lived as the majority in one and the other, Arab. We were extremely welcomed into the Druze village of Peki’in, along with our lovely guide Sagalit, with one shopkeeper rushing out to proudly show an enlarged photo of the village ma’ayan (spring) which features on the 100 shekel note! In Peki’in, we were shown the household of the one Jewish family whose daughter returned to the area after the Jews had been exiled in the 1930s; a beautiful example of how Judaism is kept strong. In the afternoon, we travelled to Dir El Assad where we were again warmly welcomed by the Imam and shown an absolutely stunning mosque. After staring at the decorated ceilings and walls for a good 15 minutes, we had the opportunity to learn more about the Islamic faith from the Imam and the chance to ask questions we may have. For many of us, this was a chance to see Islam from a different perspective and we learnt a lot. After this, with many of our minds blown wide open, we visited the local community centre where we met a group of young Israel-Arabs. In small groups, we chatted about a range of things from art to politics. Mostly, this was a chance for all of us to face the reality of how similar we really are and how underneath the politics, we are all just humans. After photos, an exchange in numbers and a dinner invitation later, we headed home to Karmiel, but not for long…

That night, the majority of the group hopped on a train to Tel Aviv for a weekend full of kef and other crazy antics. With 9 of us in one tiny room (8 in bunk beds and Spoff on the floor), we made ourselves look pretty, (can’t remember the last time we wore makeup) and went to see the Israeli band Balkan Beat Box. We had truly immersed ourselves in Israeli music and culture and as we danced amongst the crowds, it felt like we truly were on shnat. Not to mention the discovery of our newly favourite a rapper Tuna, who was the opening act. Balkan Beat Box really were amazing and the night will be a great memory. Benedicts at 2.30am was the cherry on top of a thoroughly good night. The rest of the weekend saw multiple trips to Benedicts (never too much french toast or egg balls!), the markets, not to mention the discovery of a shisha-Fifa-bar! Only in Tel Aviv… On Friday night, we explored some of Tel Aviv’s crazy night life with late night pizza (for Tommy…) and Saturday morning was spent in a Benedicts, yet again. Most of the group joined together on the beach for the afternoon, despite it being the beginning of January. Although there has been a storm for most of the weekend, Saturday saw blue skies and a warm breeze. A few brave souls thought it wise to splash about a bit in the January waters but ended up getting slightly damper than anticipated… As we sat on the steps of the beach, (with the water coming very close), attempting to try our now soaking jeans, we agreed that it really had been a lovely weekend away.

After our get away, it was harder to settle back into our normal routine of volunteering, communal living and general madness. On Tuesday, however, our spirits were lifted by a visit from our amazing director Lior to discuss the upcoming weeks and changes. As shnat actually moves on and our time here in Karmiel draws to a close, we prepared for the arrival of the other half of Shnat Ma’ayan – the Southerners! In about 3 weeks, the Northerners will be splitting between Machon and Etgar in Jerusalem, bringing an exciting atmosphere of change. We were also visited by the RSY representatives for Netzer Veidah, Naomi and Meiron who joined us for a ma’amad and a pleasant evening of veggie burgers and kef!

All our love, Sophie Peterman and Beth Raphael xx