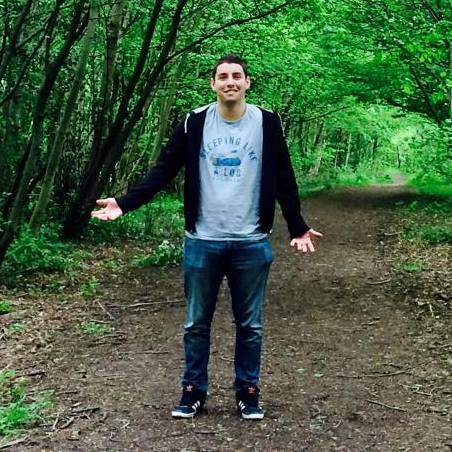 A poem by Morgan Sands an RSY-Netzer boger that was inspired by his trip on march of the living here is a brief description to set the scene of where his inspiration came from.

“We visited a few camps on the march of the living trip. However when we visited the memorial site for the extermination camp ‘Belzec’ we entered a large, dark, hollow room with a bleak, grey wall at the end. And it was my experience in this room that inspired me to write this passage.”

I stared blankly at the wall on the other side of the room. It was bleak and grey, but present. I stared at it, knowing that I was about to go on a journey. A journey that I knew would be brought to an end by the wall in front of me.

As I began to walk towards it on the other side of the room, every step I took, became more relevant, as I knew it brought me closer to my last. Still walking, I was staring at this wall, respecting its presence and knowing that it would be where my journey would end. But that didn’t bother me. What bothered me, was that I couldn’t look anywhere else besides this wall. This wall that would create the end.

Suddenly my shadow appeared on it. It now knew of my presence and presented me with two shadows. These two shadows symbolised my life, and my death. And the closer I came to the wall, the closer it brought my shadows together. And eventually I arrived at it. This grey, bleak bully of a wall had consumed me. It had brought me to a halt and to an end. But most importantly it had brought together my two shadows. They were now one. My life and my death were no longer separate. And all I could do was stand there and stare at my now singular shadow. Helpless by the fact that this wall had taken my shadows and laughed at me but with a straight face, as it makes it’s cruel presentation. This made me cry. My life and my death was represented as one on this wall. This wall owned me.

But then I realised there were others around me. Others had reached this wall and had their own individual journeys brought to an end by it. This brought me hope. It took me away from this wall and made me realise my friends around me who had reached the same end. And as soon as I had this distraction the wall no longer owned my life. So I turned around.