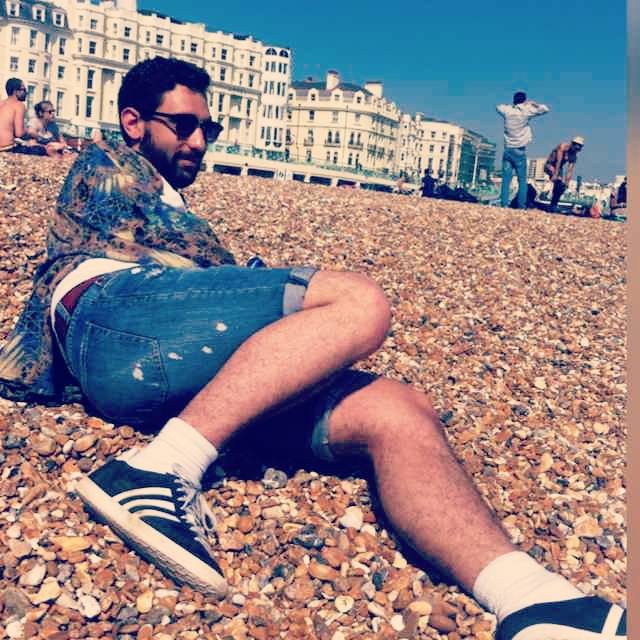 On every RSY-Netzer event there is one question that comes up time and time again: How can we creatively get chanichim (or madrichim!) to listen when we talk and how do we get them to be involved? Over the past few years of leading there seems to have been only one answer that I have found…hip hop chants.

But why is RSY-Netzer so obsessed with them? Let us explore four of the chants and see why they are the new generation of infectious camp essentials.

“Hey *name*! Drop it down/ Just wanna see you touch the ground/ Don’t be shy girl go bananza/ Shake your body like a belly dancer” Video

Let us begin with Akon as it is perhaps the most obviously hip hop of all the four chants. The Belly Dancer chant has gained popularity in the last three or four years. One reason for its popularity may be its encouragement to enact a social dance (one of the purposes of belly dancing). This has echoes of the ‘shake your booty’ chant. Yet it progresses on said chant by encompassing a more melodic chorus feel and, perhaps most importantly, dance moves. The Ah-ah section of the chant can synchronise a whole cheder ochel (dining room) of participants in hand flapping north, east, south and west.

However, RSY took the chant out of its hip hop context. By instead opting for a specific group (or person) to Belly Dance (rather than ‘hey ladies’), the movement changed the misogynistic purpose of the chant. It instead championed the egalitarianism of the RSY-Netzer community. Everyone has an equal right to be a belly dancer on machane. Moreover, Paul (2007) found that some of the effects of belly dancing include improved self-confidence and personal growth. If that doesn’t scream Livluv, I don’t know what does.

This Netzer chant has been around for many years. It goes at least as far back as 5768 (as far as my RSY-Netzer participation goes back to). BUT this chant has been taught so many times over the years, that its rich history in the annals of hip hop are unknown to many chaverim of the movement. The original vocal track of the chant we know today comes from legends in the game, The Sugarhill Gang. Video.

The Sugarhill Gang actually want ‘Tonto’ and ‘Kemosabi’ to jump on it. Not Netzer. These words are references to The Lone Ranger, a collection of films that are very influential to American culture. HOWEVER, it is not this aspect of American culture that I believe propelled ‘NETZER’ to the forefront of our favourite chants.

In 1995, the song featured in the sixth series Fresh Prince of Bel Air episode “Viva Lost Wages.” And as you can see in the clip below, the dance that Will the Thrill (Will Smith) and Bugaloo Shrew (Carlton Banks) ((Alfonso Ribeiro)) is INCREDIBLY close to the dance we still do today to the ‘jump on it’ part of the chant! Video.

This hilarious TV masterpiece, combined with Sir Mix-A-Lot’s 1996 cover version (Jump on It) meant that the 1990s infused the Jump On It chant with cultural significance. Sir Mix-A-Lot changed the encouragement, to various places in America (such as ‘DALLAS’) to ‘JUMP ON IT’, which may be the link to how ‘Netzer’ is used. Video.

Netzer is more closely related to a place than a character in a film….

It could be argued then that this chant has been so steadfast in its role in the movement due to its background as a part of the consciousness of 90s youths. We will forever….jump on it.

The chant that we use does not include the crucial ‘hip hop hooray’ section, and so does not actually celebrate the hip hop culture. However, it may do in spirit, as it unites a group in shouting along to the two significant sounds of the genre. The dynamic of a lot of shouting, juxtaposed with an abrupt end to the chant, creates a silence that allows people to be heard. This makes it effective. Why it is so good at that? I can’t be sure. But perhaps it is because these two phrases of ‘hey’ and ‘hoh’ crop up so many times over the years in the genre, that people know what they are signing up for when they join in. According to WhoSampled.com the song has been sampled 35 times, with Kendrick Lamar and Fatman Scoop included in its samplers.

“She always loves tiyuling when she’s camping/ She won’t admit it but it’s true/ I think I fell in love with Netzer/ And I like hanging out with you” Video.

….Loves Tiyuling is about to celebrate its first birthday in the movement. It is new. It is based on a modern hit. It is very pop-esque. But wow, did people love it. This chant marks a change from all of the others, it is nothing near a classic hip hop tune. So what makes it really catchy?

The song employs a variety of musical techniques, many of which hark back to working songs. The melody is very repetitive. A call-and-response technique is used. The common time rhythm (1,2,3,4, 1,2,3,4) fits well with working and walking. This chant if anything, was built, from the ground up….to tiyul to.

However, it also reflects a progression happening in RSY-Netzer. As increasingly more chaverim are writing hebrew songs, and there is more of a focus on music at events, one aspect of the chant prevails. When used on a tiyul, the chant leaders change into a higher key at every repetition. Some may say that the musical composition of the way this chant is used, actually physically pushes the repeaters forward.

So why does RSY-Netzer love Hip Hop so much? Compared to inherited chants like Zigger Zagger, this new brand selection of chants share a large difference. They are not based on nonsense words and phrases. They are rooted in a rich history of culture and reinterpretation. They utilise dance moves and key changes. They even reflect the ideology of the movement. Why hasn’t ABBA become a chant yet? Because no one wants to chant about whether their ‘mother knows’. RSY loves Hip Hop because the cultural associations and implications of the chants are not small and insignificant, they are notoriously b.i.g.