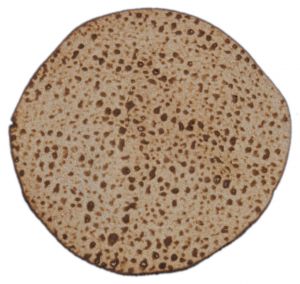 My question is ‘what is freedom’. We read about freedom, dream about freedom, rejoice in the notion of freedom, teach, advocate, and hope for freedom, but what do we actually mean by freedom? In order to tackle this difficult question, I thought I would start by looking at the roots of the word. Freedom is literally defined as ‘the power or right to act, speak, or think as one wants’ or ‘the state of not being imprisoned or enslaved’. We can view it as a political concept, the right to vote for particular ideas, people, or parties which best represent our views. This is closely tied to the notion of freedom of speech, where one has the liberty to voice their personal opinion or perspective. Others understand freedom in a financial context, where people seek to free themselves of financial debt, outstanding credit, and burdensome loans.

But of course it is problematic to define freedom with such a limited approach – for freedom can be interpreted in a variety of ways, and can mean something different to every individual.

To me, freedom is not only being free, but feeling free. Yes, I have the right to vote, I live in a financially stable environment, and I am free to voice my opinions, however, these things don’t necessarily make me feel free. They are part of a checklist, so to speak, of things that allow us freedom, yet do they actually liberate us, free us from our inhibitions and obligations?

The path I wanted to take with this question, was that of being a woman and whether or not this is a restriction in terms of my freedom. Today, we live in a world where male and female roles are under constant redefinition and stereotypes are being challenged. However, as the psychologist and author of ‘Delusions of Gender’ Cordelia Fine points out, we still conform to whatever are the prevailing social expectations of what it means to act as a “real woman”. I wear make up, I shop in certain places, and I feel it necessary to remove all hair that doesn’t grow from my head. But, I ask myself, am I making an informed decision to do so, because I have the freedom to decide how I look, or do I feel obliged to do these things to coincide with social norms. From where I stand, as a feminist woman, freedom is an ideal. It would be to walk down the street and not feel uncomfortable or scrutinised; to be in charge and be referred to as ‘authoritative’ rather than ‘bossy’; to see the 23 percent pay gap diminished; to call myself a feminist and not be labelled an ‘angry lesbian who hates men’. Freedom would be get married and not feel obliged to take the man’s last name; for Female Genital Mutilation, the act of cutting off and restitching female genitals to prevent pleasurable sex, still practiced in 29 countries, to be abolished. I know that I will not feel free until the patriarchy is a non-existent, laughable construct of the distant past.

So, I ask all of you, right now, sitting round this table, remembering the slavery inflicted on our people and thanking G-d that we are here, able to tell their story, are we, particularly women, still trapped in Egypt?